The Reader Who Mattered The Most 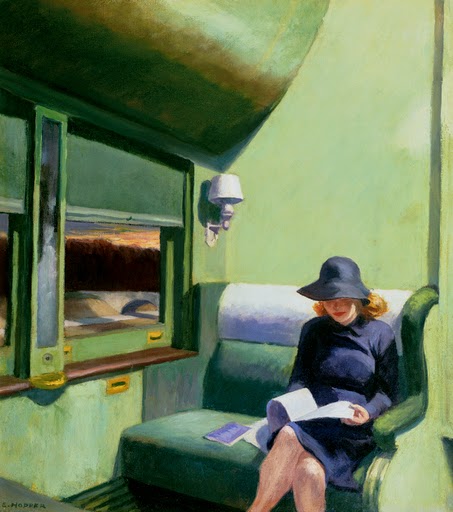 It's been almost half a year since my mother passed away, and I just now realized something. The only person who read everything I had ever written -- from grade school scribblings to high school essays to published stories to my first book to my columns for the Bulletin and the Star and articles for Esquire -- is gone. I will never get a text from her again telling me that she enjoyed a particular Friday's column, or my latest short story. My best reader (and, quite frankly, the most knowledgeable, exacting editor I ever knew) is no longer a phone call or a car ride away.Of course that loss is little compared to the loss of the woman who birthed me and raised me and loved me. But it is all part of one great loss.

The one reader who matters the most to me is gone. I'm kind of surprised that the belated realization hasn't destroyed any notion I have of writing another story, much less another book. Perhaps that point of despair will come later, when it really sinks in. (Does it ever really sink in? Or is it just reminders out of the blue, just quick and lingering stabs, until it's my turn to go?) Or, perhaps, deep down I really must believe in some sort of afterlife, because I still feel that my continuing to write to the best of my abilities will in some way reach her, and, once again, make her proud.
Posted by Luis K. at 3:32 AM 1 comment: 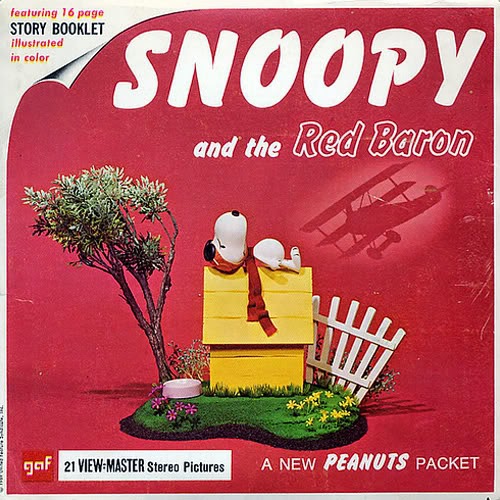 Tonight I was reminded (via a Facebook friend's update) of one of the few toys from my childhood that I truly enjoyed. I never had very many toys; since I started reading everything I could get my hands on at the age of three, most of the gifts I got from that point onwards were in the form of books. Which was the way I wanted it, really.

But once in a while, I got something like the side-scrolling Scramble video game from Tomy, or this: a Peanuts View-Master set. (From the Plaza Fair department store in Makati Cinema Square, I believe... Thank you, Mom.) I can't find an image online of the actual set I had -- It was a big round can which contained the View-Master and an assortment of reels, with an orange rubber lid. I can still remember the feeling of peeling off the lid, the slight escape of air, every time I wanted to get at the toy inside and click through those amazing little 3D images of my favorite cartoon characters engaged in familiar adventures. It was great.

I know I'm prone to nostalgia by nature (Nostalgia By Nature: that was my rap group in the 90s), but I seem to be recalling childhood possessions with greater clarity, or at least sharper feeling, lately. I know why, of course: it's another way of remembering my Mom, who basically chose these toys for me (sometimes assisted by my endless wheedling). Aside from the Peanuts View-Master set, she also got me the two-volume slipcase of Origins of Marvel Comics/ Son of Origins by Stan Lee (and Kirby and Ditko etc.). Not a toy, but who knows how I might have turned out without that immortal work of literature plugged into my brain at such an early age?

In principle, I don't think parents should lavish toys and gifts on their children, even if they can well afford it. When, like absolutely every other Filipino child my age, I asked for the big Voltes V toy with the five different ships that could be plugged together to form one giant robot, my Mom explained to me that it was so ridiculously expensive that they would never get it for me -- even if we won the lottery the next day, and could theoretically buy a hundred of them. It was just priced too high for a toy. That was a good lesson to shatter my mind with early on.

In the future, perhaps each child in each family will have the tools, digital and otherwise, to construct their own playthings without recourse to rapacious corporations. It could happen, a 21st century version of using your imagination and a cardboard box and/or a stick, or pieces of paper.

Still, I can't help but feel grateful for the few well-chosen toys I had, far between and few enough for me to appreciate them, and of course, above all, for the woman who chose and gave them to me. It may have been the least of the countless kindnesses she bestowed on my life, but thanks, Mom.
Posted by Luis K. at 11:06 PM 2 comments:
Newer Posts Older Posts Home
Subscribe to: Posts (Atom)